Our new Safety Walk 710 gray/black anti-slip tape was developed to meet the demanding needs of Coast Guard ships. The tape features an aggressive, slip-resistant, larger grit surface to provide more friction in the wettest conditions. Available in tape or custom, die-cut forms, it may be applied in a variety of military, industrial, commercial, or residential applications.

The new 710 series gray tape uses a larger mineral for the surface, creating more friction even in the wettest conditions. This is exactly what the Coast Guard needed. Available now for all our customers, the 710 series tape comes in 24″ X 30′ rolls only. Floormat.com will cut pieces for its customers as well as die cut pieces in both long and short runs. This versatility makes Floormat.com unique among pressure sensitive, anti slip tape suppliers.

Bollinger’s of New Orleans, one of the world’s largest shipbuilders, had the opportunity to build 50 Coast Guard Cutters. An anti-slip surface had to be created for the entire deck of the ship. The other criteria were easy replacement of worn or damaged material without taking the ship out of service.

We went to New Orleans to create detailed engineered drawings of the ship’s deck. An anti-slip surface was designed of custom cut pieces of the company’s most aggressive, pressure sensitive, anti-slip tape. Complete ship sets were supplied.

The new 710 tape is also used to provide complete replacement sets to allow installation if a section is damaged while the ships are out to sea. The anti-slip tape’s flexibility makes the surface more durable and easier to patch than the older, epoxy-and-grit systems formerly used by the ships.

The tape is also available for other anti-slip requirements in industrial, commercial, and residential applications. 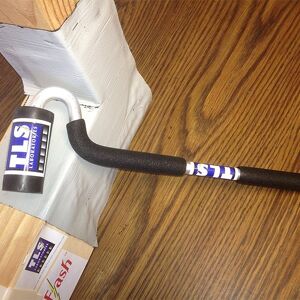